Warning: sizeof(): Parameter must be an array or an object that implements Countable in /nfs/c01/h03/mnt/44196/domains/enikone.com/html/blog/wp-content/plugins/wordpress-firewall-2/wordpress-firewall-2.php on line 300
 “Our Lady Of Guadalupe” | EnikOne.com 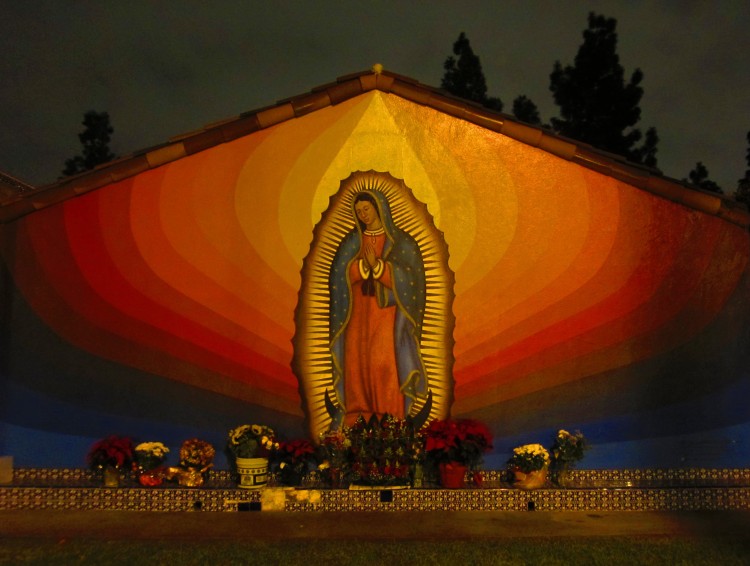 This Morning at the MV projects 5:30am

Two accounts, published in the 1640s, one in Spanish, one in Nahuatl, tell how, while walking from his village to Mexico City in the early morning of December 9, 1531 (then the Feast of the Immaculate Conception in the Spanish Empire),[1] the peasantJuan Diego saw on the slopes of the Hill of Tepeyac a vision of a girl of fifteen or sixteen years of age, surrounded by light. Speaking to him in Nahuatl, the local language, she asked that a church be built at that site, in her honor; from her words, Juan Diego recognized the Lady as the Virgin Mary. Diego told his story to the Spanish Archbishop, Fray Juan de Zumárraga, who instructed him to return to Tepeyac Hill, and ask the lady for a miraculous sign to prove her identity. The Virgin told Juan Diego to gather flowers from the top of Tepeyac Hill. Although December was very late in the growing season for flowers to bloom, Juan Diego found at the usually barren hilltop Castilian roses, not native to Mexico, which the Virgin arranged in his peasant tilmacloak. When Juan Diego opened the cloak before Bishop Zumárraga on December 12, the flowers fell to the floor, and in their place was the image of the Virgin of Guadalupe, miraculously imprinted on the fabric.